RMS Aquitania was a Cunard Line ocean liner designed by Leonard Peskett and built by John Brown & Company in Clydebank, Scotland. She was launched on 21 April 1913 and sailed on her maiden voyage to New York on 30 May 1914. Aquitania was the third in Cunard Line's "grand trio" of express liners, preceded by the RMS Mauretania and RMS Lusitania, and was the last surviving four-funnelled ocean liner. Widely considered one of the most attractive ships of her time, Aquitania earned the nickname "Ship Beautiful".

In her 36 years of service, Aquitania survived military duty in both world wars and was returned to passenger service after each. Aquitania's record for the longest service career of any 20th-century express liner stood until 2004, when the Queen Elizabeth 2 (ultimate career service of 40 years) became the longest-serving liner. - Wikipedia

Disponibilizing the model with Thushan de Silva - the author - permission 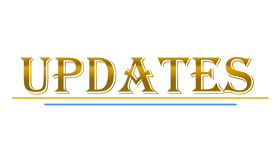