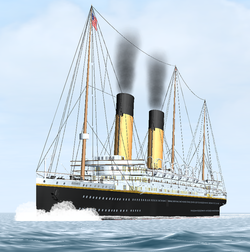 The keel was laid in January 1897, and the ship was built under the supervision of its designer, Thomas Ismay,
director and owner of the Oceanic Steam Navigation Company, better known as White Star Line. The ship was
named after the company's first successful liner RMS Oceanic (1870) which itself was named after the company,
and was intended to be its flagship.
A sister ship for Oceanic to be named Olympic was planned. However she was cancelled after the death of Thomas
Ismay in 1899, and the company's resources were diverted to develop a new set of larger liners, known as the
"Big Four". The name Olympic was later recycled for Titanic's sister ship.
Oceanic was the first ship to exceed Brunel's SS Great Eastern in length, although not in tonnage, and was,
when it was launched, the largest ship afloat, a title it retained until 1901 when White Star Line's
RMS Celtic was launched.


The RMS Oceanic, at 17,272 gross tons, was to become known as the "Queen of the Ocean", costing one million
pounds sterling, and even with the use of the most modern labour saving devices still required 1,500 shipwrights
to complete, and was launched on 14 January 1899 watched by over 1000 invited guests including the Marquis of
Dufferin, Duke of Abercorn and Lord Londonderry. Oceanic's bridge was integrated with her superstructure
giving her a clean fluid look, this design feature would later be omitted from the next big four White Star
ships, Cedric, Celtic, Baltic and Adriatic with their odd but distinguishable 'island' bridges. "Nothing but
the very finest", was Ismay’s policy toward this new venture, and she was constructed at Harland and Wolff’s
Queen's Island yard at Belfast, as was the tradition with White Star Line ships.
Oceanic was built to accommodate slightly over 1,700 passengers, with 349 crew. In his autobiography,
Titanic and Other Ships,Charles Lightoller gives an account of what it was like to be an officer on this
vessel.

You are allowed to make remeshes of it and reupload them, but not THE ORIGINAL SHIP, But you MUST give the
credits  to the author 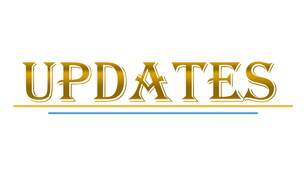